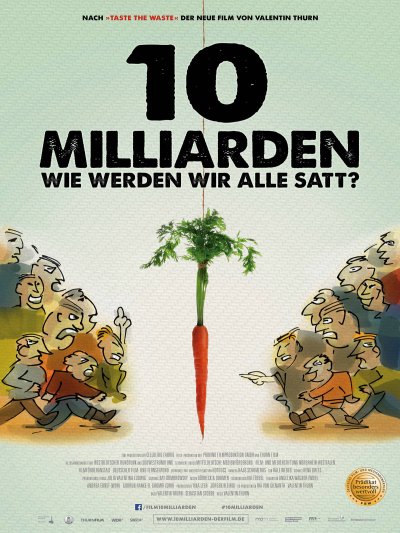 In 2050, the population of the world is set to hit a staggering 10 billion. This is a huge increase on today’s figure of seven billion, and according to a range of experts and the food industry, it will contribute to serious food shortages. In his search for solutions to this acute problem, filmmaker, bestselling author and self-proclaimed “food fighter” Valentin Thurn travels the world in search of ecologically and economically responsible alternatives to the mass means by which most of our food is currently produced. This includes a visit to a seed bank in India, where the local population claims that their own crop varieties are much more resistant to constant flooding than the genetically modified crops of multinationals such as Bayer and Monsanto. In Thailand, he visits an insect farm. He also looks at several private initiatives and urban farming projects in the United States, the United Kingdom and Germany. Everyone he speaks to argues for small-scale agriculture and eating locally produced food as often as possible. According to Thurn, these are the only viable options in resolving the problems of the future.

Over the course of this century, the world's population will grow to ten billion. Where is the food that each individual needs daily to survive, and of which every sixth one already has too little? How can we prevent humanity from destroying the basis for its nourishment by its growth alone? Director Valentin Thurn has shown with his last film "Taste The Waste", which immense amounts of food nowadays go unused to the garbage. In this way, he addressed a broad public and sparked an intense social debate. Now he goes a step further with his new documentary "10 billion" and puts the focus on agriculture as the basis of the world food.